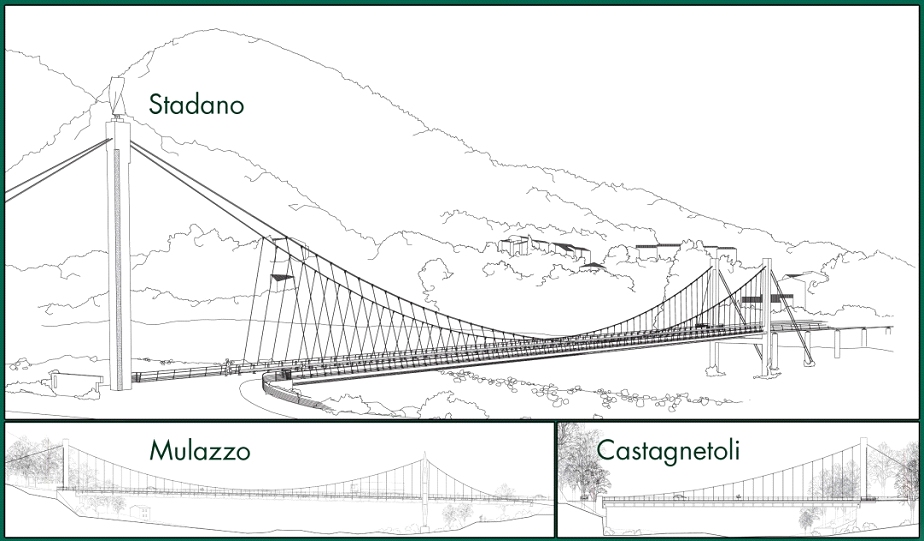 The static schemes, despite the bridges are all “suspended”:
– two bridges are anchored to the ground, and one is self-anchored;
– Stadano bridge is provided with seismic isolation, being the longest one.
– all three exhibit, but in very varied forms, significant asymmetries.