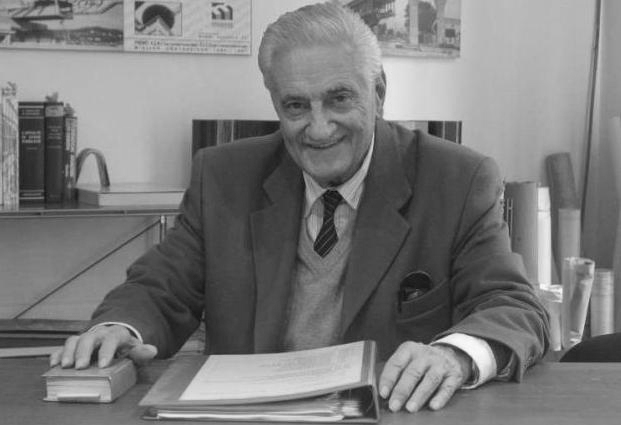 Prof. Ing. Fabrizio de Miranda (1926 -2015) graduated with a degree in civil engineering in 1950 from the University of Naples.

Since 1952, he worked in the field of bridge and structural design. In 1959, he became the choice Managing Director of the largest italian steelwork company, “Costruzioni Metalliche Finsider S.p.A.” in Milan, which was under his management until 1967.

Since 1965, he was professor in “Structural Engineering” and, since then, has taught this subject at the Polytechnic of Milan until 1999. In 1968, he founded a bridge and structure design consultancy in Milan.

He was one of founders and the Chairman of the Italian Steel Building Engineering Association and a member of several national government committees for technical standards.

He was the designer of several major works, including the first road cable-stayed bridges of large spans in the world, in the development of the railway system Zarate Brazo Largo, rivers Parana Guazú and Parana de las Palmas in Argentina (330m from center span in 1970- 77) and the first cable-stayed bridge in the world not self-anchored in the river Arno in Florence, locality Indiano (1972-78).

Furthermore, he designed the cable-stayed bridge in the Rande Strait in Spain: at the time of its construction (1973-77) this bridge was one of the largest cable-stayed bridges in the world with central span of 400m and a board 2,40m tall.

He was the author of numerous publications and books in the areas of steel structures and bridges, which still got the record of five patents on static-constructive procedures. From 1965 to 1996 he was Professor of Construction and Construction Steel, Faculty of Engineering and Architecture in the Politecnico of Milan, Italy.

During his decades of his university teaching and also through its publications on bridges and structures, he contributed to the formation of hundreds of leading engineers and architects. 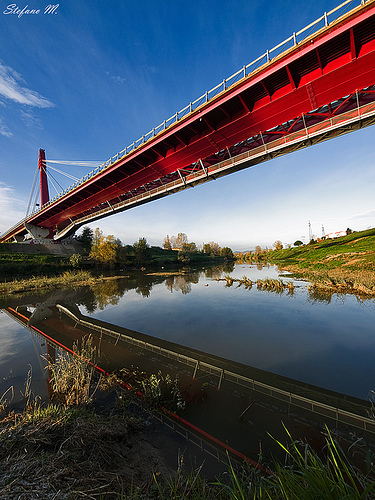 Some of the projects and realizations of Fabrizio de Miranda 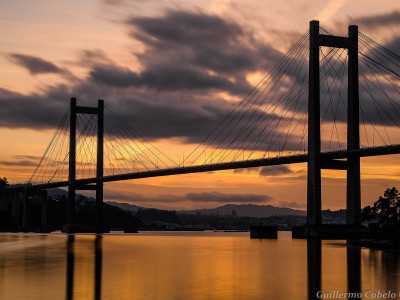 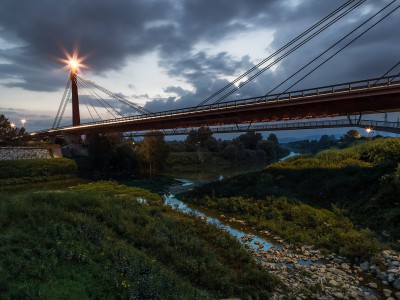 Cable-stayed Bridge over the Arno River in locality l’Indiano, Florence 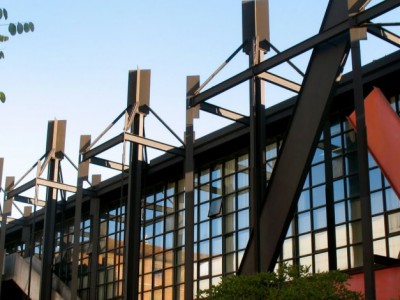 Architecture’s Faculty of the Politechnic of Milan, Italy 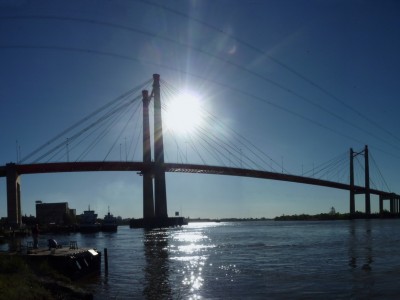 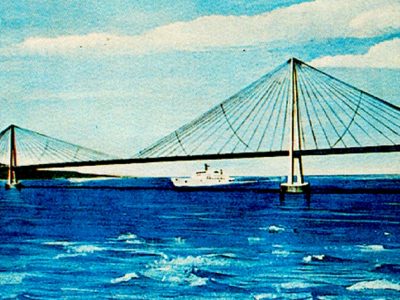 Design of Road and Cable-stayed Bridge over the Messina Strait 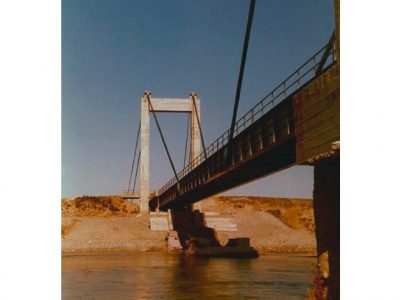 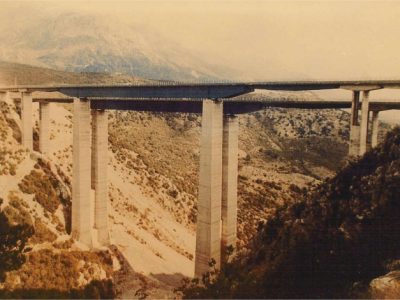 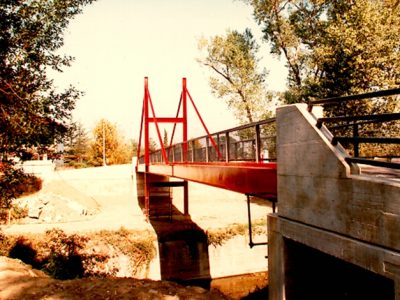 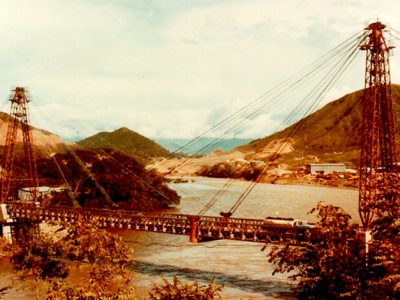 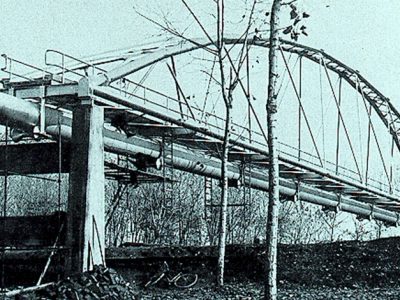 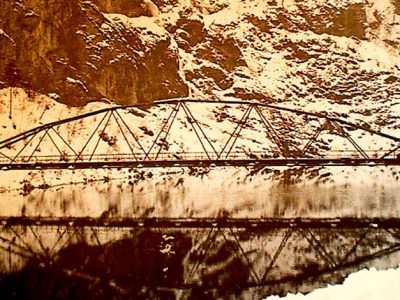 Bridge over the Noce Torrent in Schener Valley, Trento, Italy 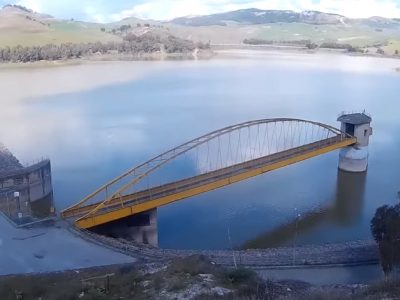 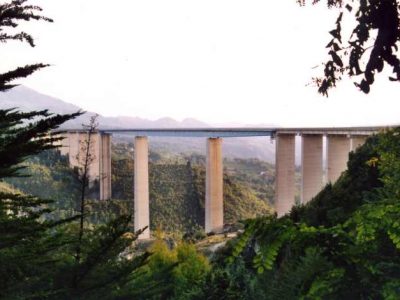 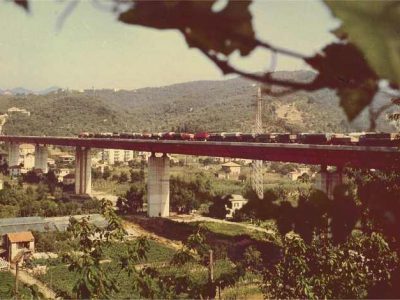 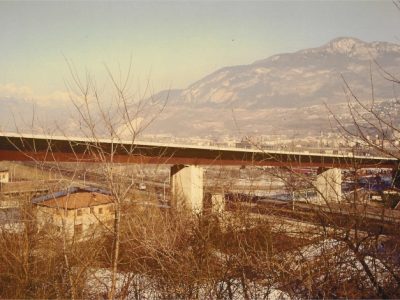 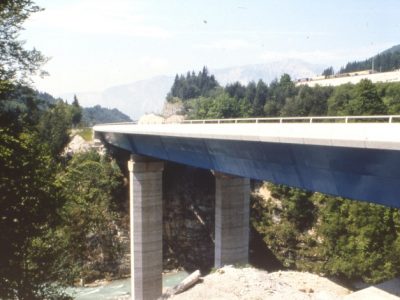 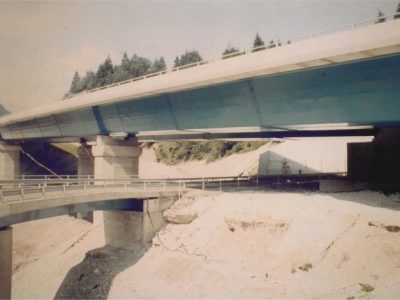 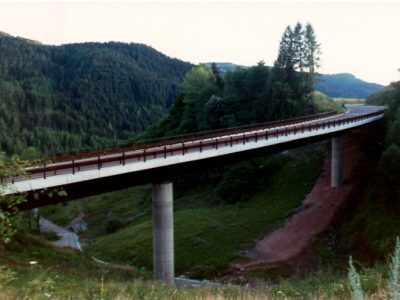 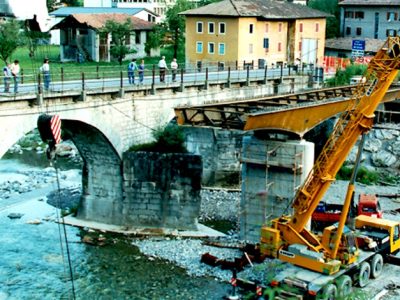 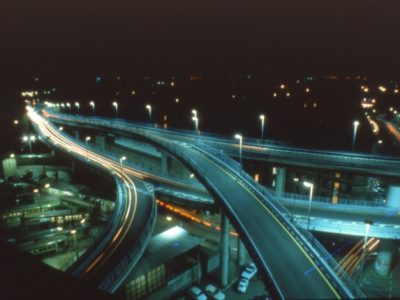